You shall know the truth and the truth shall make you free.' - John 8:32

FREE IN PARISHES & ON NEWSSTANDS

Bishop to open the diocesan phase of the Synod

VATICAN CITY (CNS) - A synod calls on everyone to become experts in "the art of encounter" in a way that is uplifting and transformative, Pope Francis said, formally opening the process leading up to the assembly of the Synod of Bishops in 2023. Celebrating a synod means walk- ing on the same road, together" just like Jesus did - encountering, listen- ing and discerning with all who one meets, the pope said in his homily at the Mass in St. Peter's Basilica Oct. 10. Are we prepared for the adventure of this journey? Or are we fearful of the unknown, preferring to take ref- uge in the usual excuses: 'It's useless' or 'We've always done it this way?'" he asked. Some 3,000 people attended the Mass, including the 270 people - car- dinals, bishops, priests, religious and laypeople - invited to the day of reflection in the Vatican Synod Hall Oct. 9.

The weekend of events began the synodal journey," which will explore the theme, "For a synodal church: communion, participation and mis- sion." Bishops around the world were to open the process in their dioceses Oct. 17. On Sunday, Bishop McManus will open the diocesan phase of the world- wide Synod during the 10 a.m. Mass at St. Paul Cathedral in the Diocese of Worcester. The diocesan phase is the first part of a three-year "synodal journey," to be followed by consultations and discernment on the continental and universal levels and concluding with the assembly of bishops in October of 2023. The Worcester Diocese will seek input from the faithful through its parishes, religious communities, and groups throughout the diocese. Fur- ther details of the forums and means to solicit input will be forthcoming. SEE 100 , 7

LEOMINSTER - Good news and recognitions graced the evening as the Serra Club of Northern Worcester County, which pro- motes vocations, held its 70th anniversary/priest appreciation celebration on Oct. 7. Bishop McManus celebrated Mass for about 30 people in St. Leo Church, and other priests concelebrated. Msgr. John E. Doran, chaplain, preached about the day's feast - Our Lady of the Rosary - and how praying the rosary has historically been edu- cational and powerful. At the dinner afterwards at Doubletree by Hilton, the North County Serrans received good news - the diocese has five new applicants for priestly formation and Bishop McManus is to ordain seven men to the priesthood next June. The Serrans said prayers for more vocations and for priests to persevere in their vocations. They gave Bishop McManus money they'd raised for vocations minis- try and presented certificates to priests who supervise seminar- ians. They are also supporting the Oct. 28 Celebrate Priesthood! gala to raise money for retired priests' care, Robert DeBettencourt, treasurer, told The Catholic Free Press later. The mission of Serra Worcester North is to foster and promote vocations to the priesthood and religious life," explained the Serrans' program booklet. The organization aims "to further Catholicism by encouraging its members, in fellowship and through education, to fulfill their vocations to Christian service." The booklet notes that the first Serra Club was formed in 1935 in Seattle, Washington. Francis- can Father Junipero Serra, who founded California missions in the 18th century and was canon- ized in 2015, was chosen as pa- tron. Now there are 700 clubs in 40 countries, each club belonging to Serra International. John Shannon, Worcester North's president, read citations from Serra International and the regional leader from Serra U.S. recognizing the club's anniver-

WORCESTER - When Father Donato Infante III asked Dominic Porcaro to appear as a young man who becomes a priest in a voca- tion video last spring for the Di- ocese of Worces- ter, he wasn't sure at first if he wanted to do it. Mr. Porcaro, then a senior at St. Paul Diocesan Junior/Senior High School, had no plans to enter the priest- hood and he hadn't acted in anything since his eighth-grade school play. But it didn't take him long to decide to grant the request of Father Infante, the director of the Worcester Diocese's Office for Vocations and the St. Paul chaplain, and he's glad he did. I've never done anything like that before," he said. "So to have the opportu- nity was really cool." The video was filmed at St. Joan of Arc Church in June. It opens with Mr. Por- caro sitting alone in church and contem- plating his future and it ends with him wearing clerical vestments and smiling. Mr. Porcaro doesn't speak in the two- minute, nine-second video. Only the narrator does. But he is the focus of the diocese's first vocation video and he hopes he can inspire others to enter the priesthood. I never thought I'd have such an impact on someone's life like that," he said. "Even if it affects just one person, that would be a really cool experience. Whether it affects one, or 10 or 20 or more." Mr. Porcaro, 18, is a freshman at Bry- ant University in Rhode Island. He was confirmed at Our Lady of Mount Carmel- Our Lady of Loreto Parish.

ATHOL - A faithful 101-year-old and an eager 5-year-old were among those observing St. Francis of Assisi Church's 100th anniversary, where a call for renewed vibrancy was issued and testimonies of gratitude and growth were shared. The parish was founded in 1913 for Lithuanians, the church built later and dedicated in 1921. On Sunday more than 80 people attended the 100th anniversary Mass celebrated by Bishop McMa- nus, Father Mateus Souza, administrator, and Father Edwin Montana, former pastor. Deacon Bryan A. Lagimoniere assisted. The staff serves the North Quabbin Catholic Commu- nity - St. Francis, Our Lady Immaculate Parish, and St. Peter Parish in Petersham. Preaching about places of worship, Father Souza said ancient pagans had relatively small temples for their deities to dwell in; the faithful stayed outside. Christians didn't neces- sarily need temples, but a place to gather, because each Christian in a state of grace is God's temple, he said. Celebrations of church dedications are re- minders of that. Jesus wants to expel evil from souls and reign in them, shining brightly, Fa- ther Souza said. He applied this to a church building; people can donate money and fix windows, but what gives it life is Christ's su- pernatural life in its mem- bers. Bishop McManus said the church is where Christians gather to worship God. It is the center of their life in SEE SYNOD , 7 SEE VIDEO , 6

Cardinals wait for the start of Pope Francis' celebration of Mass to open the process that will lead up to the assembly of the world Synod of Bishops in 2023, in St. Peter's Basilica at the Vatican Oct. 10.

PHOTO COURTESY OF THE OFFICE FOR VOCATIONS

Dominic Porcaro, right, plays the role of a young man discerning priesthood in a video produced for the Office for Vocations. A producer from Spirit Juice Studios holds up a reflecting screen to light up the shot in St. Joan of Arc Church, Worcester.

'It creates opportunities for many to see that we are different communities here and that vocations need to be brought from those communities.'

Director of the Hispanic/Latino Ministry 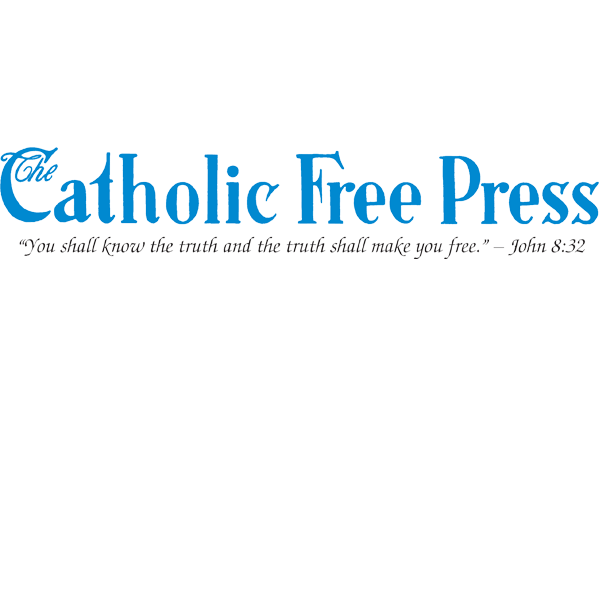